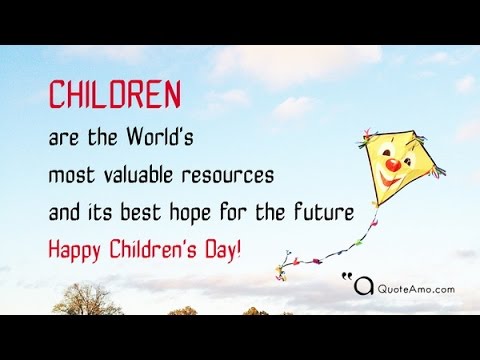 How Much Sleep Do Children Need?

Signs of Sleep Disorders In Children

EDS is one of the most common symptoms of sleep disorders in both children and adults as more than a few sleep disorders lead to daytime drowsiness. It’s not uncommon for children to feel overly tired on occassion.

If your child is sleepy throughout the day, takes naps at ages where most kids don’t nap, have trouble waking in the morning, or just have a general lack of energy during the day, they may have EDS. Common sleep disorders that have symptoms of EDS are: obstructive sleep apnea, narcolepsy, and restless leg syndrome.

If your child often complains about not being able to go to sleep or has trouble staying asleep, or often wakes much earlier than normal, it could be a sign of insomnia.

Snoring in itself isn’t harmful as it’s merely a sound caused by vibrations in the upper airway. However, the vibrations can be caused by blockage in which the air isn’t reaching the lungs efficiently, which can lead to a sleep disorder. Snoring in children isn’t as often a precursor to a sleep disorder as it is in adults. Some common causes of snoring in children are: respiratory infections, nasal congestion, a deviated septum, or enlarged tonsils and/or adenoids.

Nightmares are frightening dreams that occur during REM sleep and can wake a child up feeling terrified, threatened, and afraid, making falling back asleep difficult. Occassional nightmares are pretty common in children beginning around the age of 3 and can occur more frequently between the ages of 6-10. Usually the frequency of nightmares begins to taper off after the age of 10.

Night terrors are distinguished from nightmares in that the child never fully awakens from sleep. Because the child rarely awakens during a night terror event, it’s not as frightening to them as nightmares, but may be very scary to witness for the parents. Often during a night terror episode the child will sit up in bed and scream or cry. Other physical signs can be present as well including: sweating, rapid breathing, increased heart rate, eyes may be wide open (although the child is asleep), and muscle tension.

Episodes of night terrors often last less than 5 minutes with the child rarely waking up. It is best for the parent to not try to rouse the child awake either as it may be extremely frightening for them.

Causes of night terrors have been linked to an immature central nervous system and will often be outgrown by adolescence. A recent article published in Pediatrics shows a link indicating bullying  as a potential cause of certain parasomnia sleep disorders including nightmares and night terrors.

Sleep walking is very common in children with as many as 30% of children between 3-7 having walked in their sleep. Sleep walking occurs when a child leaves the bed in the middle of the night while still asleep. Their eyes may be open and they may mumble unintelligible utterances as they walk about. Sleep walking occurences can last between 5-15 minutes but occassionally longer. Most children who sleepwalk outgrow it by the time they’re teenagers.

Bedwetting (enuresis) in most children is not all that uncommon, and by itself isn’t cause for concern. Bedwetting isn’t considered a sleep disorder unless the child is older than five years old and has episodes at least 2 times a week regularly.

What You Can Do

Sleep disorders in children can lead not only to tired and cranky children, but to all kinds of behavioral problems at home, in school, and in their social lives as well. If you think your child may have a sleep disorder, the first step is to alert your child’s pediatrician to any sleep related issues that they’ve been having. From there you may find that either the problems may go away on their own, surgery to remove tonsils and/or adenoids may be necessary, or a sleep study may need to be performed.

Share List
For Better #Health of a Child Make sure the child gets sufficient amount of #Sleep. Wish Every Child #HappyChildrensDay

WHY SLEEP STUDY IS SO EXPENSIVE?
SHOULD PATIENTS WITH OSA BE ON REGULAR FOLLOW UP WITH THE DOCTORS?

Our Other key Websites